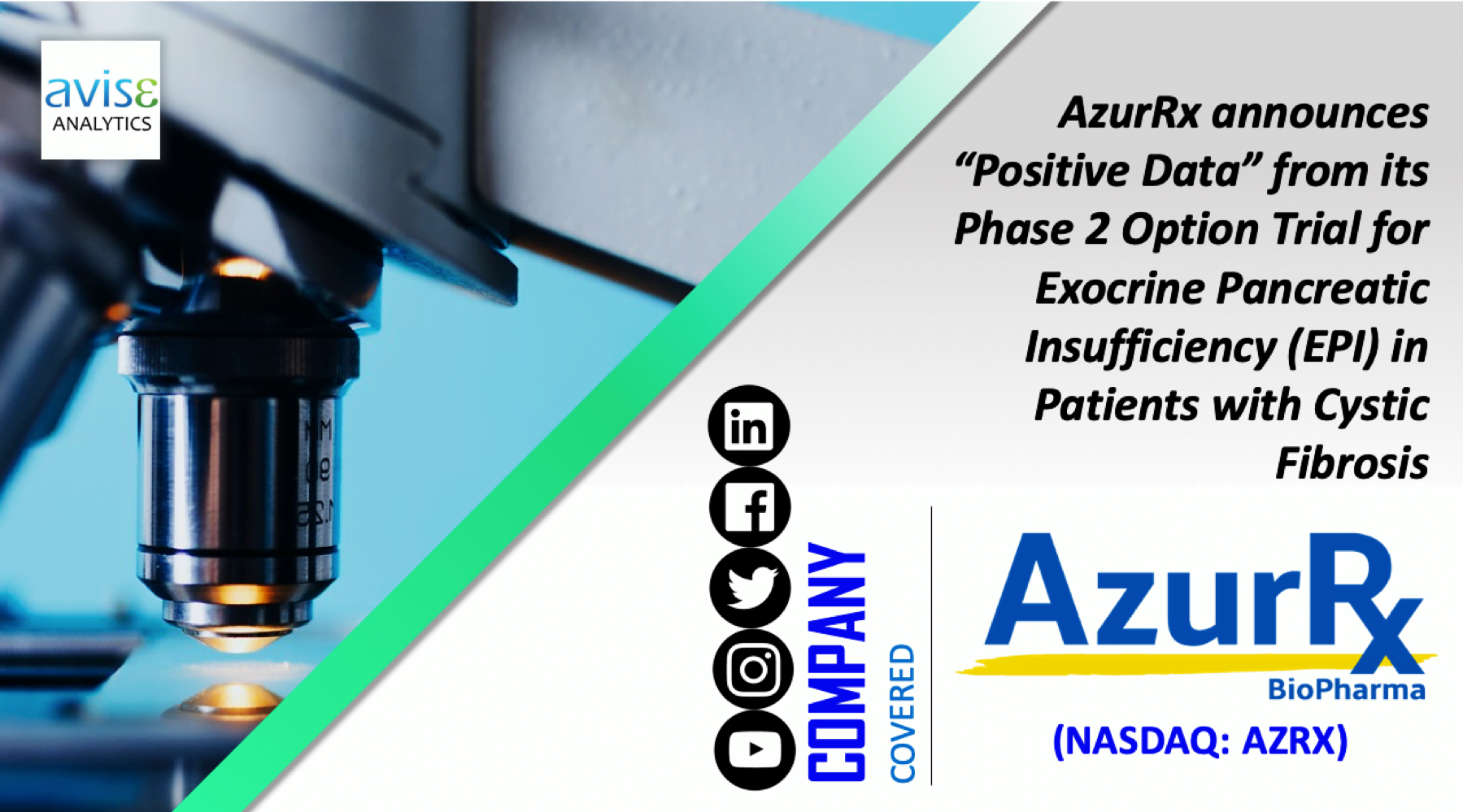 Posted at 12:50h in Biotechnology by admin 0 Comments
0 Likes
Share

AzurRx BioPharma (NASDAQ: AZRX), a development stage company that is developing oral, nonsystemic, recombinant proteins for the treatment of gastrointestinal diseases, announced the results from a Phase II Clinical Trial of MS1819. The phase II trial named OPTION was an open-label, crossover trial being carried out in 14 sites in the U.S. and Europe with 32 patients aged 18 and older participating.

MS1819 is a recombinant lipase for the treatment of exocrine pancreatic insufficiency for cystic fibrosis and chronic pancreatitis patients and is intended to be administered as an oral non-systemic biologic capsule. The recombinant enzyme is derived from the yarrowia lipolytica lipase and does not include any animal products.

The study first randomized patients into either the MS1819 arm, where they were administered a 2 gram daily oral dose of MS1819 for three weeks or the porcine enzyme replacement therapy (PERT) arm, where they continued receiving their pre-study dose of PERT. The results from the trail show that the primary efficacy endpoint of coefficient of fat absorption (CFA) was comparable to the CFA in a prior phase 2 study in patients with chronic pancreatitis, while using the same dose of MS1819. Additionally no severe adverse events (SAE) and minimal overall adverse events were observed.

In addition, though the study does not demonstrate any statistical significance, the company believes that these results prove the effectiveness of MS1819 as 50 percent of the patients demonstrated enough CFA to achieve non-inferiority with porcine enzyme replacement therapies (PERT). However the study has failed to achieve the primary endpoint of coefficient of fat absorption (CFA) at the end of week 6, as the CFA for MS1819 arm was at 56 percent as compared to 86 percent in the PERT group.

“We are thrilled to have seen such favorable safety and meaningful efficacy data in this Phase II study. Importantly, the data were consistent and confirm results seen in prior clinical studies. We are eager to move forward with what we consider a logical and promising next trial to increase the dose for CF patients.”

Furthermore, the study also demonstrated comparable coefficient of nitrogen absorption (CNA) between the MS1819 and PERT arms at 93% vs. 97%, respectively, ruling out the need for protease supplementation in case of treatment with MS1819.

The company is now planning to meet with the FDA to discuss a Phase IIb/III trial design exploring the use of higher doses and/or enteric-coated capsules to ensure higher MS1819 activity in the duodenum as per a company statement. 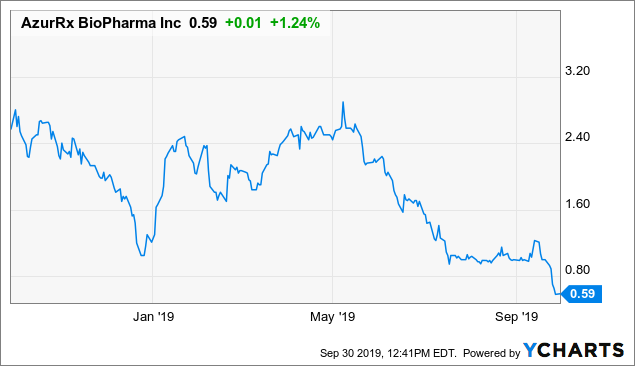 Cystic Fibrosis is a chronic genetic disorder of the mucus glands that affects 2500 newborns each year in the U.S.  30,000 people are currently affected by this disease and about 1 in 20 or roughly 12 million Americans are carriers of the “CF” gene and are unaware of their condition according to the Centers for Disease Control and Prevention.

Exocrine pancreatic insufficiency (EPI) is characterized by the lack of pancreatic enzymes that hinder the proper digestion of food. It primarily affects patients who are suffering from cystic fibrosis and chronic pancreatitis. The treatment options for EPI have very limited effectiveness, owing to lack of stability in acidic environment and patient non-adherence because of very high dosage and frequency. One of the major components of EPI drugs is porcine-derived pancrelipase (PPEs), which is derived from pigs and has a high risk of transmission of pathogens, along with an unreliable and inconsistent supply chain.

There is no permanent treatment for this condition. Efforts are limited to alleviating the symptoms and slowing down the progression of the disease, which has resulted in an increase in the lifespan of the affected to 30 years from being nearly fatal.

Ongoing Research in the field is trying to address the unmet needs for a long-term and safe solution for tackling this disease. Companies are creating breakthrough technological innovations such as Gene therapy, rectifying the chloride transport defect in cells, improving diagnostic tools etc.

There is a huge potential for growth in the Cystic Fibrosis treatment market which is indicated by the projection that the industry will be worth USD 13.9 billion by 2025, according to a research report by Grand View Research, Inc.

The market will see tremendous progress in the future owing to innovations by companies such as gene therapy, RNA technology, Protein targeting and novel administration methods.

AzurRx’s clinical pipeline focused on gastrointestinal and infectious diseases. Besides MS1819, the company is also developing AZX1103, a beta lactamases for the prevention of nosocomial (hospital acquired) and C. difficile infections in preclinical testing and MTAN, a bacterial enzyme inhibitor for the treatment of H.Pylori infections. 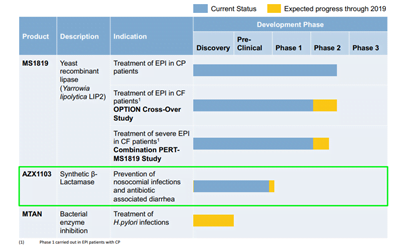 In June 2019, the company received a notice of allowance for U.S and Japan for its MTAN inhibitor for treating H. pylori infections in stomach ulcers. AzurRx also expanded the commercialization rights to MS1819-SD from Laboratories Mayoly Spindler, giving it full development control of the MS1819 program.

In addition, the company made a public offering of shares for total gross proceeds of $5 million in July 2019, which will be utilized for the research and development expenses associated with advancing MS1819-SD, AZX1103 and for other general corporate purposes and capital expenditures.

- Can BELBUCA repeat its record performance?