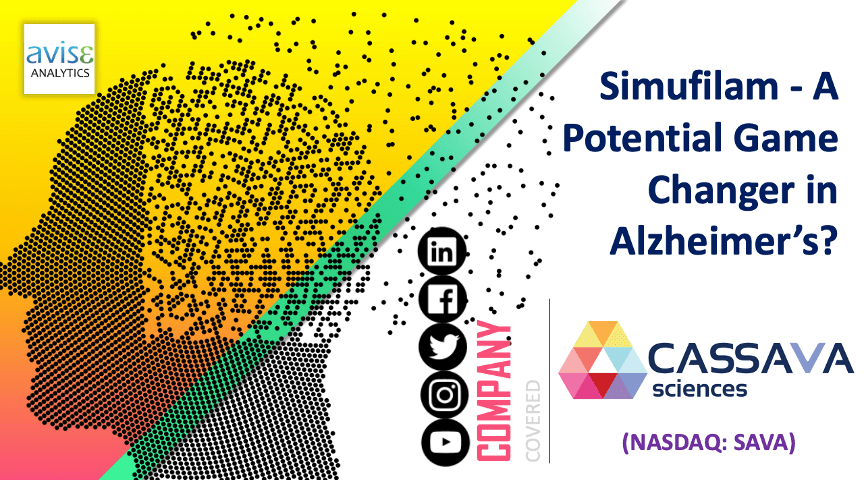 Posted at 10:34h in Biotechnology by admin 0 Comments
6 Likes
Share

Cassava Sciences, Inc. (NASDAQ: SAVA), a clinical-stage company, announced that it has reached a consensus with the U.S. Food and Drug Administration (FDA), as to key elements of a crucial Phase 3 clinical program for Simufilam, its lead candidate for the treatment of Alzheimer’s. The minutes of the successful End-of-Phase 2 (EOP2) that took place in January 2021, indicate that FDA has agreed to consider the recently completed Phase 2 program, along with its upcoming Phase 3 clinical program, as sufficient to show clinical efficacy for Simufilam in Alzheimer’s disease.

“For over 10 years we’ve been doing basic research and early drug development with Simufilam. We are excited to finally advance simufilam into pivotal Phase 3 clinical studies in people with Alzheimer’s disease. We believe the underlying science is solid, the drug appears safe and the clinical roadmap makes sense. We’ve crossed the Rubicon”.

Furthermore, the Phase 3 trial will use separate clinical scales to assess cognition (ADAS-cog1) and function (ADCS-ADL2) as co-primary endpoints and iADRS3, as secondary efficacy endpoint. The first study will enrol nearly 1000 subjects, who will be treated for 18 months and will be initiated in Q3,2021. While the second study will enrol 600 subjects to be treated for 9 to 12 months and is likely to commence in Q4,2021.

The FDA has agreed to review each protocol as well as conduct a Special Protocol Assessment (SPA) for both studies. In addition, the Company also intends to conduct a second interim analysis of the open-label study mid-year 2021 and carry out a Cognition Maintenance Study (CMS) in Q2,2021. 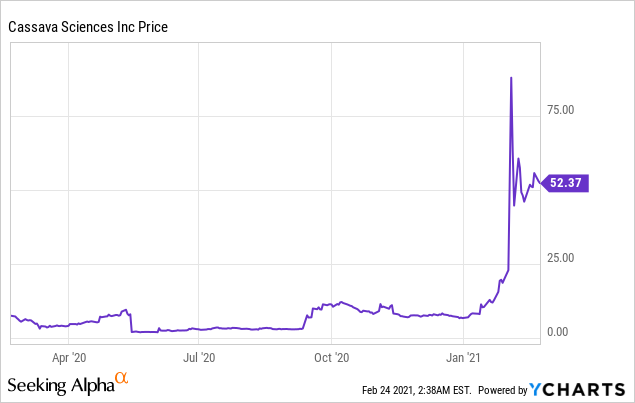 Alzheimer’s is the sixth leading cause of death in the U.S, a disease that causes irreversible degeneration of the brain cells and affects a person’s cognitive and behavioural abilities such as impaired judgment, deteriorating memory and personality changes with the gradual loss of motor abilities and speech.

A report by transparency market research predicts that the global market for Alzheimer’s will reach US$6.4 billion by 2025, growing at a CAGR of 7.5%, from US$3.6 billion in 2017. The rise in ageing population, increased awareness about the benefits of combined therapy, a favourable regulatory and government support environment are some of the factors that will contribute to the growth of the market. The economic burden of the disease on not only the patients but also caregivers will act as an impediment for the market. The prohibitive cost of expensive treatment especially in developing nations is another obstacle for growth.

Cassava is a clinical-stage company that develops innovative first-in-class medicines for the treatment of neurodegenerative conditions such as Alzheimer’s. The Company’s lead drug candidate is Simufilam, formerly known as PTI-125, which aims to stabilize a critical protein in the brain, by restoring the shape and functioning of a scaffolding protein, namely altered filamin A (FLNA).

The candidate is a proprietary small molecule that has a dual mechanism of action, with the ability to reduce neurodegeneration and neuroinflammation. Simufilam has undergone multiple clinical trails and has demonstrated safety and tolerability in humans. Additionally, it has also shown positive results on CSF biomarkers in an open-label Phase 2a study of Simufilam in AD patients and in a double-blind, randomized, placebo-controlled Phase 2b study of simufilam in AD patients, besides demonstrating positive results on cognition in a 6-month interim analysis of an open-label on-going study.

In addition, the Company is also developing SavaDx, formerly known as PTI-125Dx, a quantitative blood-based diagnostic that can detect Alzheimer’s years before its appearance and has been able to detect more than 10-fold differences between patients with Alzheimer’s and age-matched normal controls in blinded studies.

The Company is collaborating with The National Institutes of Health (NIH) for scientific and financial support for its research programs.